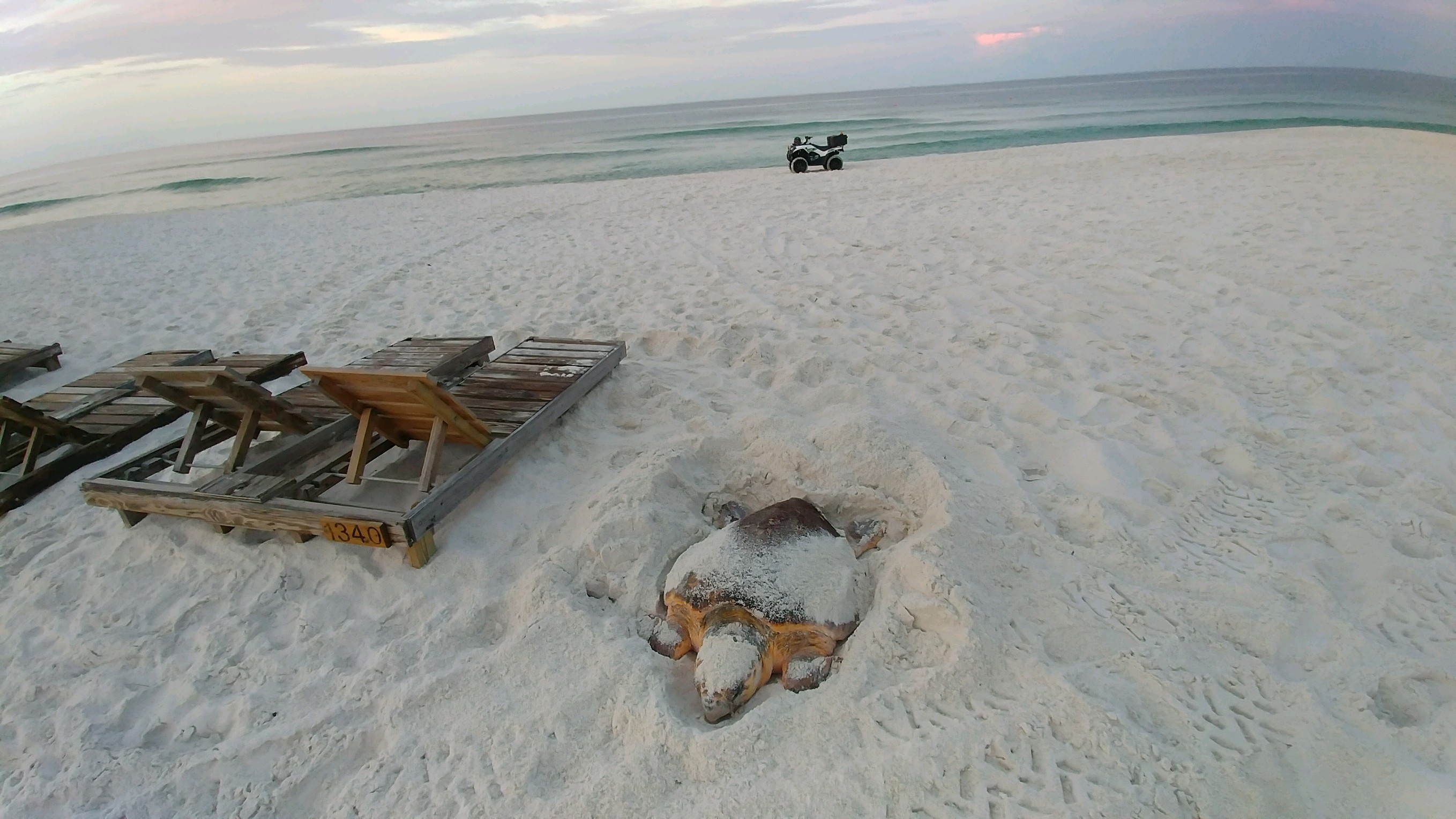 The loggerhead is the most common sea turtle that nests on Panama City Beach. It is a threatened species which means its population is declining and could become endangered (i.e., facing extinction) without protection. A full-grown loggerhead is about 3 feet long and weighs between 200 and 350 pounds. The females come ashore at night to bury about 100 leathery-skinned eggs, each the size of a ping-pong ball, requiring about 2 months to hatch. Our beach also supports nesting by threatened green turtles and endangered leatherbacks, though in much smaller numbers. The nesting season officially runs from May 1 through October 31. 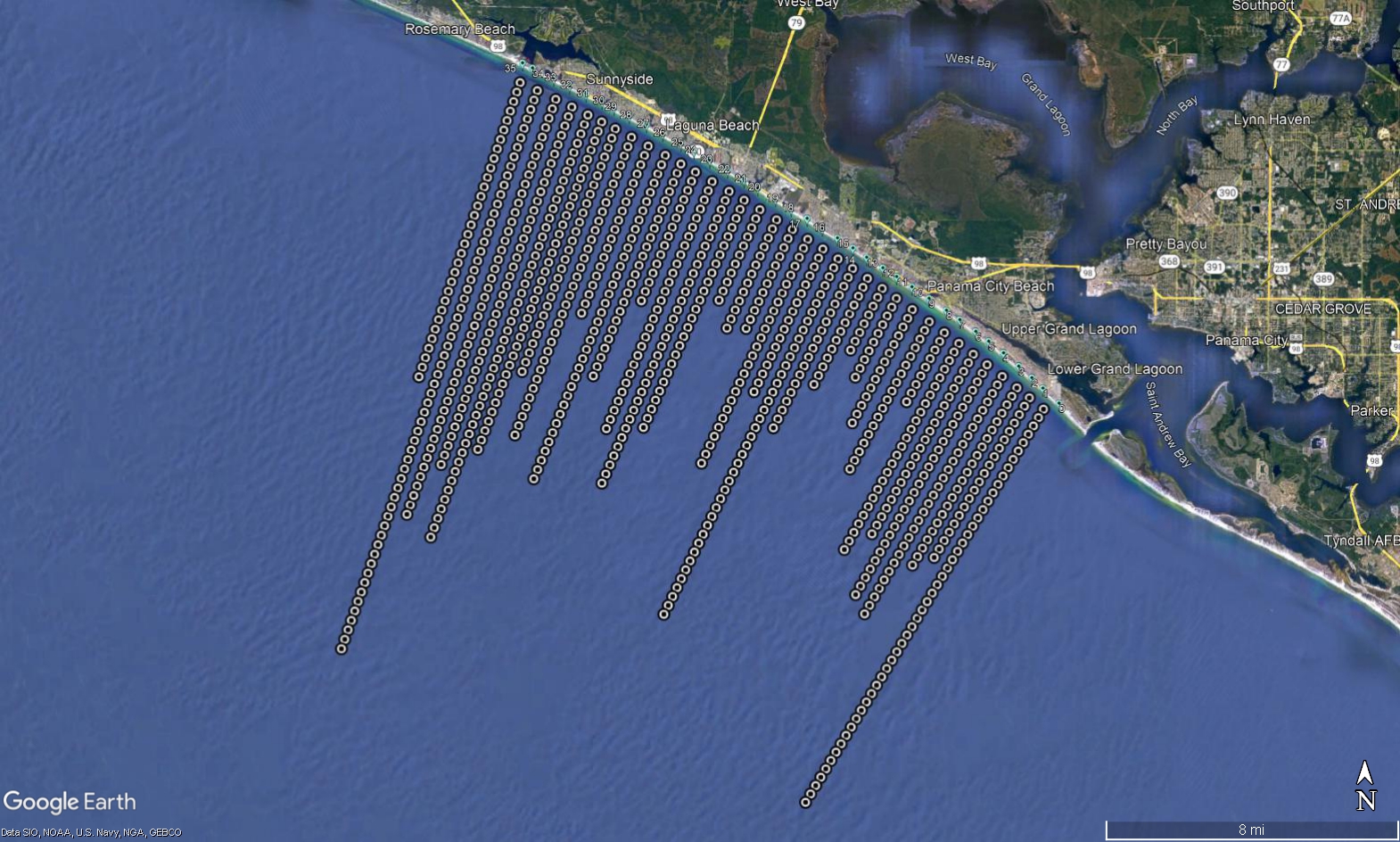 The map shows nest locations of all species on Panama City Beach for the 32-year period from 1991 to 2022, each column of symbols representing nests laid on 0.5-mile section of beach. Nesting occurs throughout our survey area, covering about 17.5 miles from the boundary of St. Andrews State Park to Camp Helen State Park, with highest densities on the east and west ends. 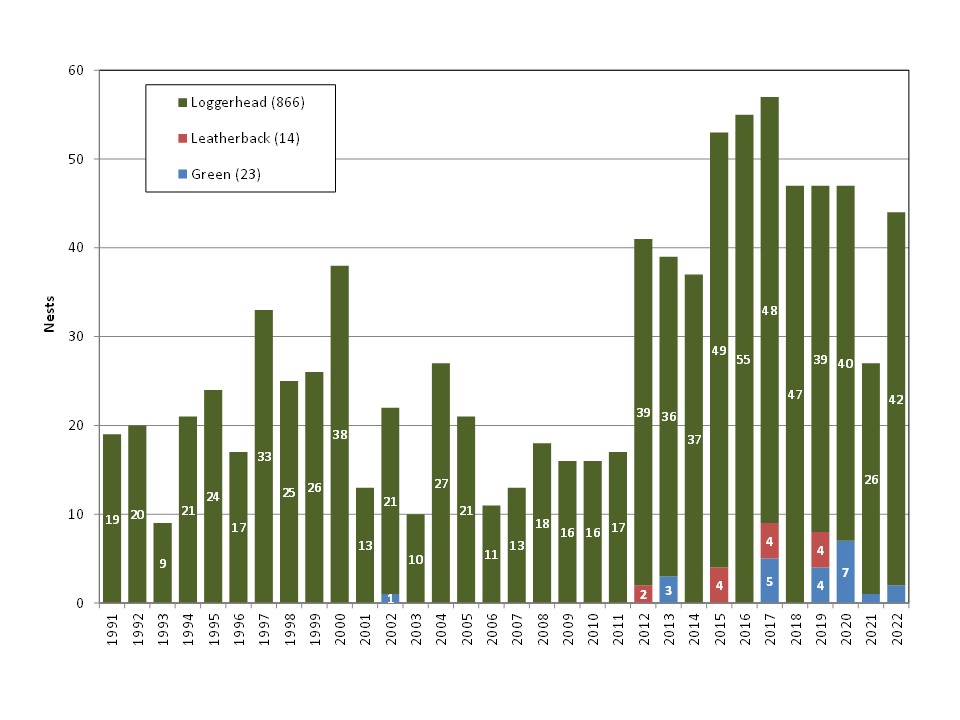 The chart shows annual sea turtle nesting on Panama City Beach from 1991 to 2022. Loggerhead nesting (866 total) has increased in recent years but does not show a clear trend for the 32-year period. Scattered nesting of green turtles (23) and leatherbacks (14) occurred during 1991-2022. Most of these nests were found since 2012, suggesting that species composition may be changing on our beach. 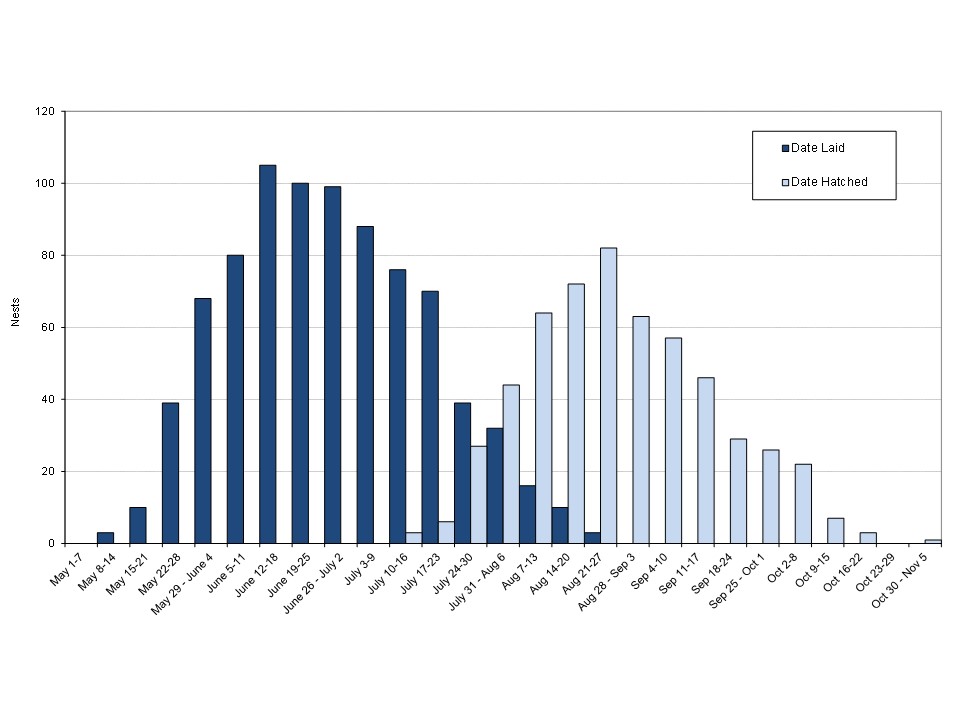 The chart shows weekly distributions of loggerhead nesting and hatching on Panama City Beach for the 32-year period from 1991 to 2022. Nesting occurs from May through August with peak nesting in mid-June through early July. The nests hatch from July to October with peak hatching in late August through mid-September.